Once upon a time

Just take a stroll through the walls.
Really, we are 777 years old.
Honestly, you always discover something new.
Experience the real castle atmosphere. 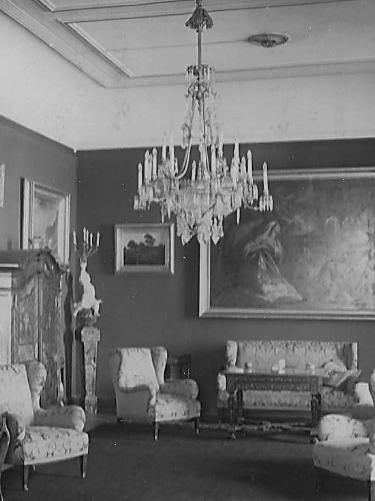 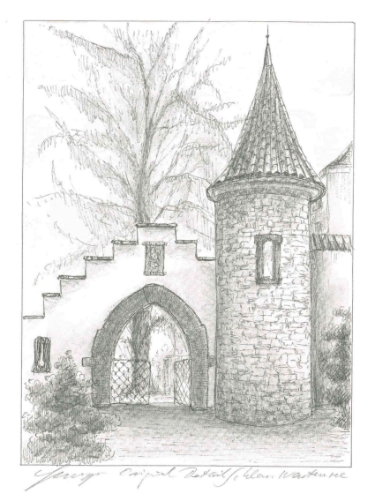 The most important cornerstones of the
History of Schloss Wartensee

The castle located high above Lake Constance – the Wart am See – is a testimony to an eventful structural past. Its current form is strongly influenced by its previous owners and their social relationships. This applies in particular to the Blarer von Wartensee families, who, as owners of the castle, expanded the castle into a triple residence from 1377 to 1719, as well as the English composer Robert Lucas Pearsall de Willsbridge, whose son from 1843 to 1853 turned the outdated buildings into today’s representative castle in neo-Gothic style Appearance remodeled. 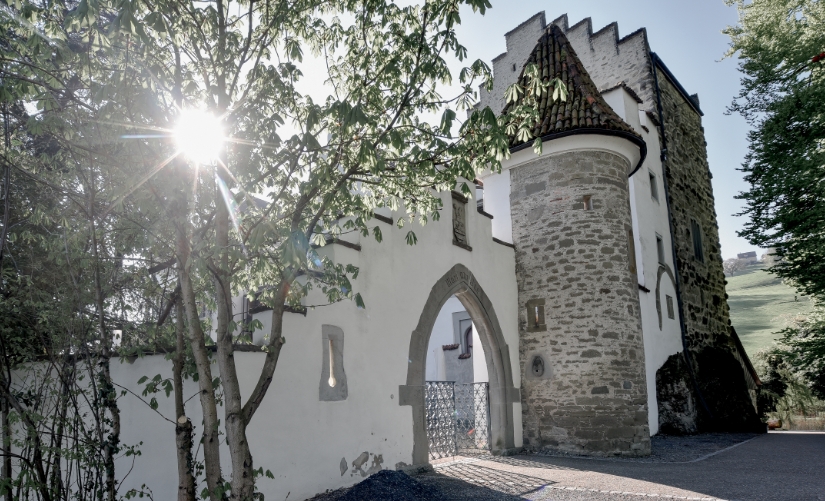 The engineer Urs Räbsamen becomes the new owner of Schloss Wartensee and has been running the castle as a hotel of possibilities ever since.

2011Closure of the meeting center

The conference and meeting center closes its doors in mid-December. 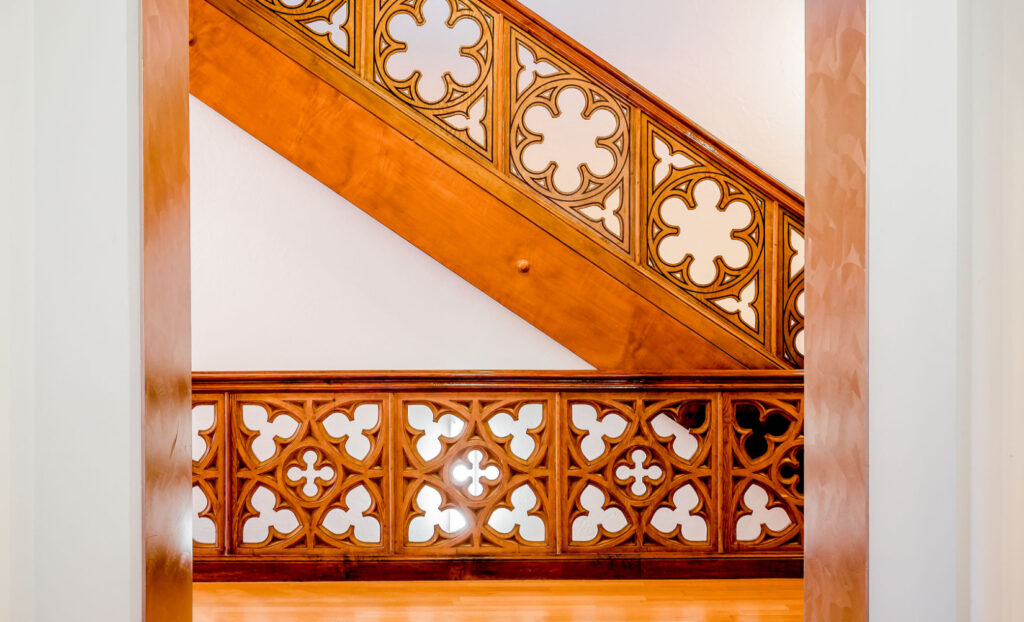 Redesign of the guest rooms in the east and middle wing. Renewal of fire protection certification by the Swiss Institute for the Promotion of Safety. Renewed award with the quality seal level II from Switzerland Tourism. Awarded by Gastrosuisse with the hotel certification “Hot 3C garni”.

Fire protection certification by the Swiss Institute for the Promotion of Safety. The castle park is certified as a nature park by the Nature and Economy Foundation.

Second level of the quality seal for Swiss tourism.
The most popular conference venue

The Most Popular Conference Venue2002

First place in the choice of the most popular conference venue of the year. 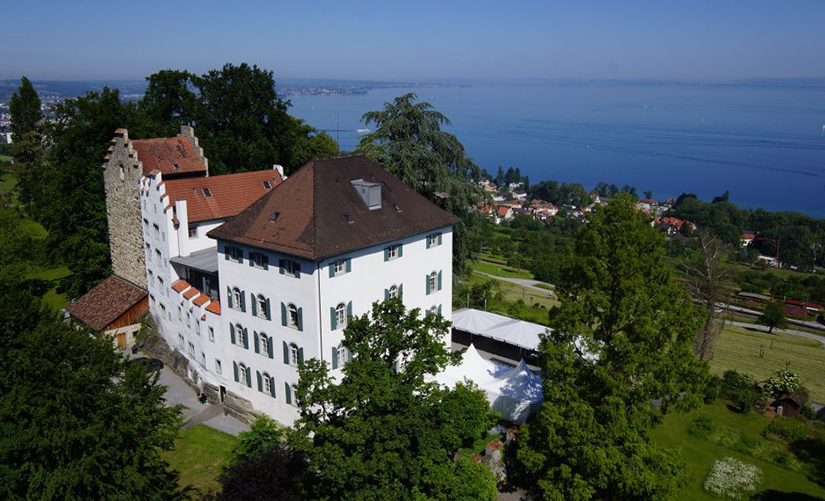 First level of the quality label for Swiss tourism.

The castle became the property of the Evangelical Reformed Church of the Canton of St. Gallen
over. It has the building in the years 1994-1996 through a generous renovation
adapted to the modern needs of a conference and meeting center and the
Transfer of operations management to a foundation. 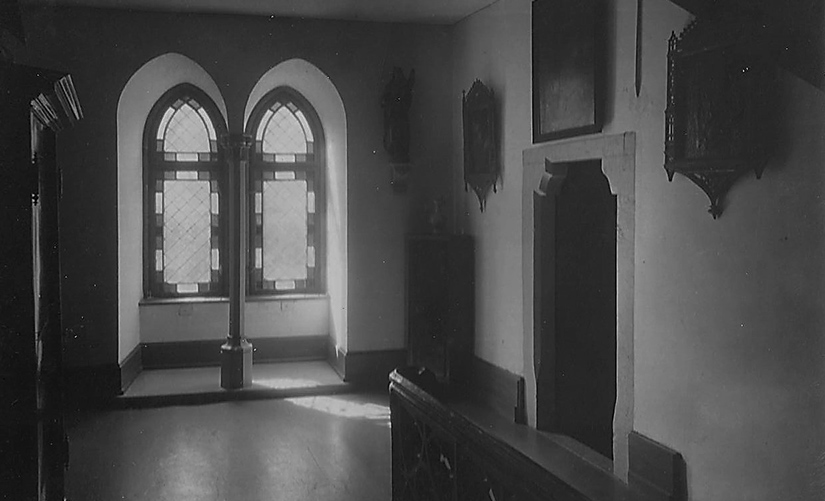 After many changes of ownership, the property was bought by the Ostschweizerische Evangelische Heimstätte Schloss Wartensee and used as an educational center. 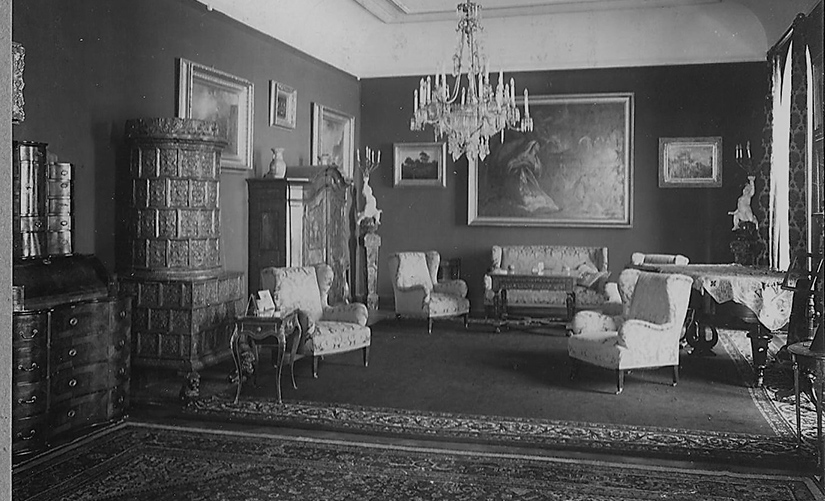 The English Baron Robert Lucas Pearsall de Willsbridge, Knight of the Order of St. John of Jerusalem, the property. After the death of his father, his son Robert Lucas redesigned the medieval castle complex into today’s castle with a neo-Gothic style. The park also dates from that era. 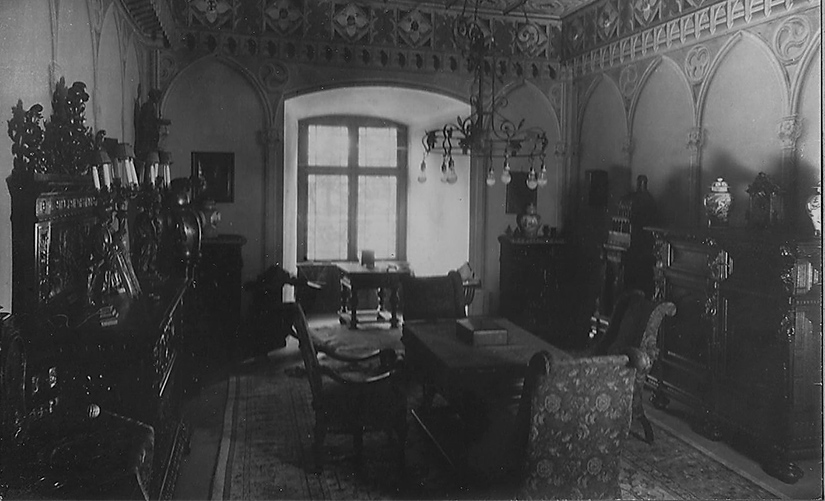 The St. Gallen Monastery buys the castle from a private owner for 12,000 guilders. 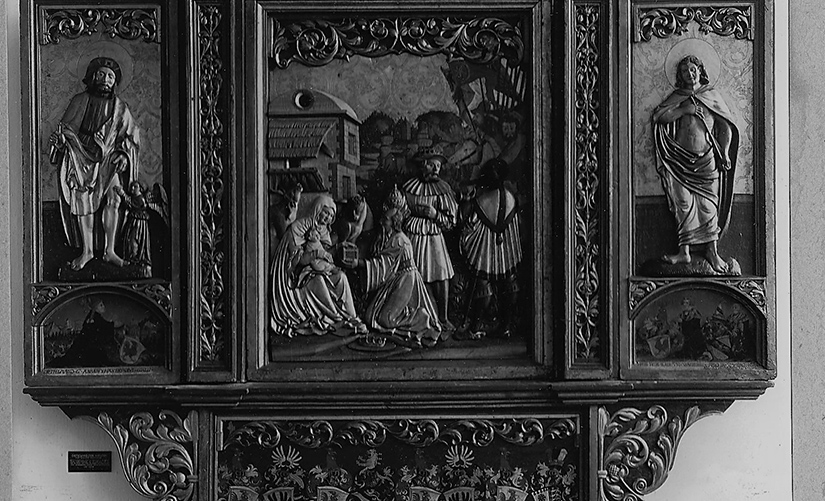 In that year two heir daughters of Wartensee married the two brothers Walter and Diethelm
von Blarer from St. Gallen. . Walter and Klara became the first parents of the Blarer von Wartensee family,
iwho owned the castle estates until 1719. 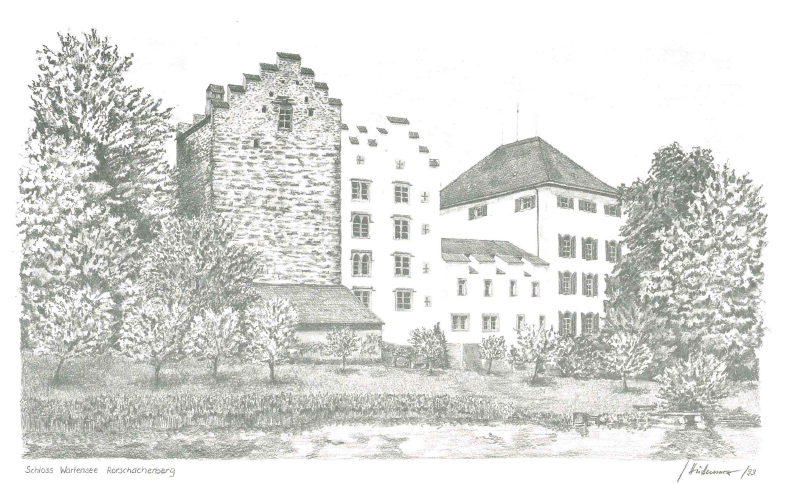 the western tower was built by knight Heinrich von Wartensee as a residential tower. 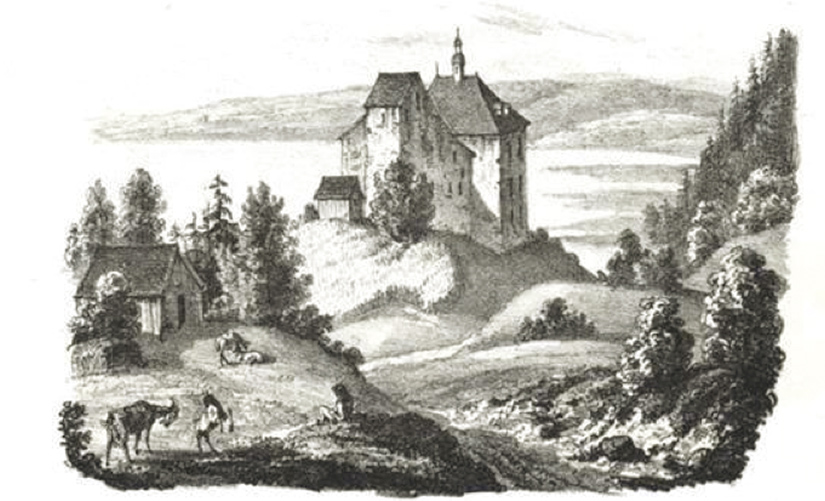